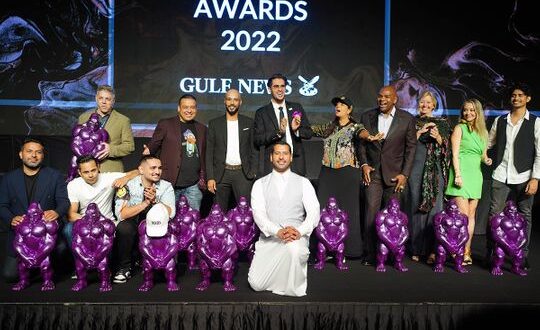 Dubai: After creating awareness on how a digitally-dependent future could possibly look like, Gulf News formally wrapped up its ‘Web3 DeCode’ event by agnc3.

On the second and final day of the tech event, industry experts and visitors who registered for the event were seen debating back and forth on trending topics on matters pertaining to technology and the future of the internet.

It was all about exploring the future potential of NFTs, virtual or digital environments (Metaverse) and mentally fathoming how the internet would possibly look like in the coming digitally dependent era.

During the two-day event, attendees and exhibitors were seen gathered around several booths, closely watching either artists live at work on their paintings, or exhibitors demonstrating different interpretations of futuristic technology.

Other booths made use of virtual reality headsets and controllers to help visitors gauge semi-realistic digital environments like a photo exhibit and even be virtually present in a video game.

Later in the evening Gulf News hosted the region’s first Web3 awards, with talent picked through not only through a jury selection process, but also by selecting the people’s choice of winners.

A total of 15 awards were given out by not just looking for credentials through competition, but also for popularity and awareness among the audience.

The first set of 8 jury-based awards were awarded by Dr Marwan Al Zarouni, CEO of Dubai Blockchain Centre and the People’s Choice Award categories were given out by Abdul Hamid Ahmad, Gulf News CEO and Editor-in-chief, in the second session.

Among several other categories, awards were given to the most seamless collaboration of an NFT between two and more creators, the most creative and iconic NFT project by a celebrity, the NFT marketplace that from both a user experience and visual perspective, created the top place to buy and sell NFTs.

With the awards given and dinner served, the two-day tech event organised by Gulf News at the Grand Hyatt Dubai was brought to close.