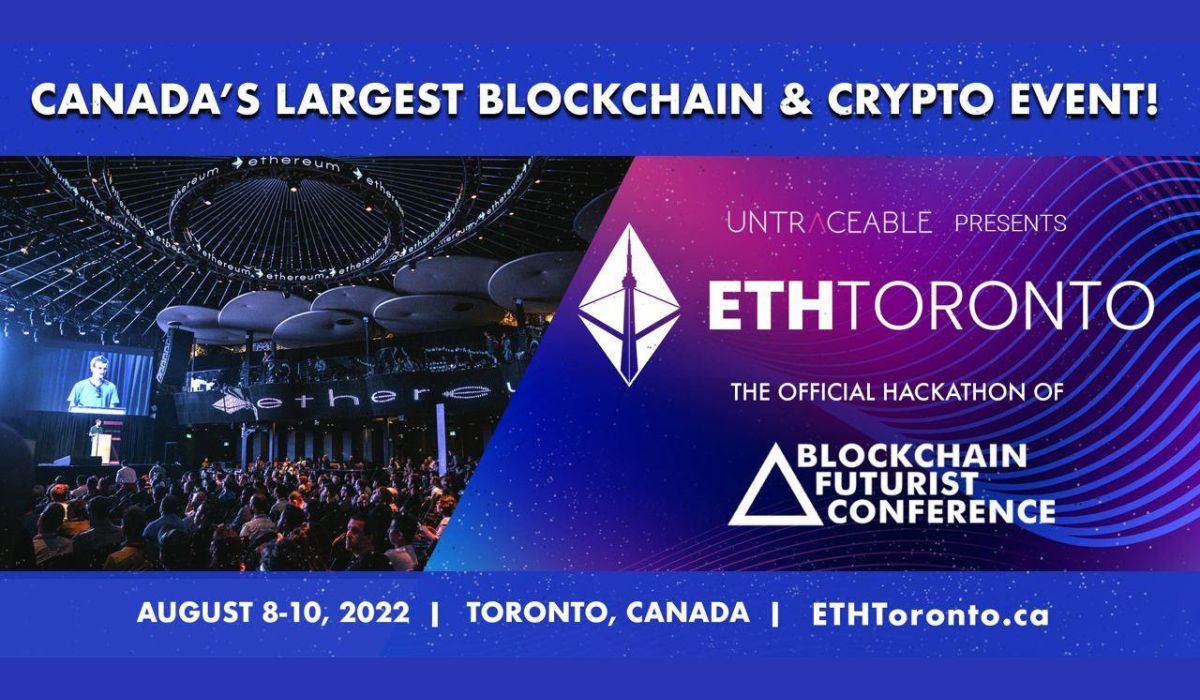 On August 8–10, 2022, Toronto will host ETHToronto, the official Hackathon of the Blockchain Futurist Conference, which will be attended by Vitalik Buterin, one of Canada’s most brilliant cryptocurrency minds.

A three-day hackathon that will pit some of the most outstanding up-and-coming developers in the industry against one another in competition for rewards has been added to the fourth annual Blockchain Futurist Conference, Canada’s largest blockchain and cryptocurrency event of the year, ETHToronto. At the event, which is being hosted by Untraceable Events, participants will be given the task of “building the future” by creating the upcoming advancement in blockchain technology.

The creator of Ethereum, Vitalik Buterin, will provide inspiration to contestants by discussing the ecosystem’s present status and potential future. He is the head of an extraordinary group of more than 120 Web3 professionals who will speak on subjects including NFTs, the metaverse, DeFi, crypto, and DAOs. By sharing their knowledge with aspiring developers and fans, they hope to build a stronger ecosystem. At ETHToronto, speakers will present speeches and host a range of seminars, workshops, and panels.

Participants in the competition will get the opportunity to network with hiring firms, engage with other developers, attend speaker sessions, attend speaker sessions, and listen to panelists while competing for the opportunity to present their designs on Ankr’s Futurist Mainstage. In addition to the prestige of winning at an event packed with numerous crypto celebrities, there is sure to be a lot on the line with bounty rewards available. Hackathon competitors have received awards of up to 35 Bitcoin at Untraceable Events’ prior events!

The massive, cutting-edge waterfront Rebel Entertainment Complex and Cabana in Toronto will host ETHToronto. Blockchain engineers will be able to work quietly inside the 40,000 square-foot indoor dome known as The Hacker Dome there, refining their concepts and even finding a spot to nap at night. At the competition, more than 500 developers from across the world are anticipated to compete, using their skills and creativity to contribute to the future development of the Web3 Ecosystem.

The ETHToronto media partners MarketAcross and Chainwire will be on hand to spread the news about the most delightful solutions that emerge from the hackathon, and the hackathon winners will subsequently present their ideas on the Hedera Hackathon Stage at the Blockchain Futurist Conference.