Cristiano Ronaldo NFTs Launch With Binance: How You Can Get Digital Assets Of Most Followed Person On Soc – Benzinga 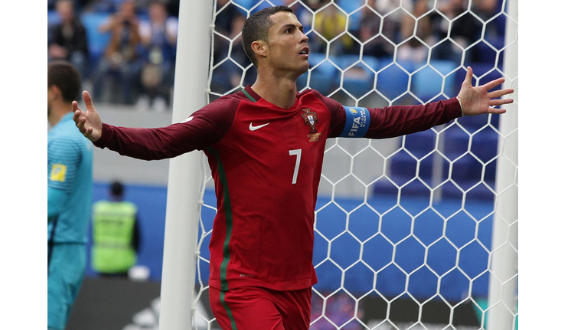 One of the most popular soccer players of all time is launching his first non-fungible token collection Friday. Here are the details on the drop.

The company said it would provide fans of the Manchester United PLC MANU star with a “compelling entry point” into Web3 and NFTs at the time.

“Cristiano Ronaldo is one of the world’s best footballers and has transcended sport to become an icon in multiple industries,” Binance founder and CEO Changpeng “CZ” Zhao said at the time. “We are thrilled to provide his fans with exclusive engagement opportunities to connect with Ronaldo and own a piece of iconic sports history.”

Ronaldo noted then that the partnership would change the NFT game and “take football to the next level.”

“It was important to me that we created something memorable and unique for my fans as they are such a big part of my success,” Ronaldo said this week. “With Binance, I was able to make something that not only captures the passion of the game but rewards fans for all the years of support.”

Perks included in some of the rarer NFTs include personal messages from Ronaldo, autographed merchandise and access to future NFT drops.

“We believe the metaverse and blockchain are the future of the internet,” Binance co-founder and Chief Marketing Officer He Yi said. “We are honored to collaborate with Cristiano to help more people understand blockchain and showcase how we are building Web3 infrastructure for the sports and entertainment industry.”

Additionally, Binance is offering free Ronaldo mystery boxes that may include Ronaldo NFTs to the first 1.5 million people who sign up for Binance and KYC (know your customer) by providing their details.

Why It’s Important: Ronaldo is the most followed person on social media in the world. On Instagram, a platform owned by Meta Platforms Inc META, Ronaldo has 497 million followers. This is more than 100 million ahead of the next most followed person, Kylie Jenner, on the platform.

On Twitter, Ronaldo ranks as the sixth most-followed person with 104.8 million followers.

The NFT drop coincides with the 2022 World Cup with matches beginning on Sunday, Nov. 20. Ronaldo will play for Portugal in his record-tying fifth World Cup next week.

Sorare, a sports and entertainment platform with digital player cards, had a Ronaldo NFT sell for $400,312 in November 2021.