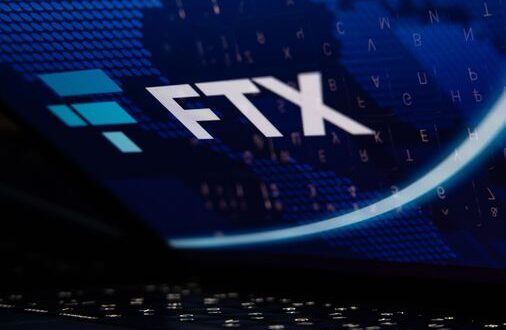 Caroline Ellison, the Newton native who was a key figure in the spectacular collapse of the FTX cryptocurrency empire, has agreed to plead guilty to federal charges of defrauding investors out of billions of dollars in a scandal that has also ensnared NFL stars and A-list celebrities.

The pair is cooperating with authorities probing the collapse of Sam Bankman-Fried’s cryptocurrency empire, US Attorney Damian Williams said in a video statement posted on Twitter Wednesday night.

“They’re both cooperating with the southern district of New York,” he said, and urged others involved in the collapse to come forward. “Now is the time to get ahead of it. We are moving quickly and our patience is not eternal.”

Boston Globe tech reporters tell the story of the region’s technology and innovation industry, highlighting key players, trends, and why they matter.

Ellison will plead guilty to charges including wire fraud, securities fraud, and commodities fraud in exchange for leniency in sentencing, according to a copy of the agreement dated Dec. 18.

The announcement came as Bankman-Fried was being extradited Wednesday from the Bahamas to New York, where he is expected to appear in Manhattan federal court Thursday to face charges including securities fraud and wire fraud.

A math whiz and graduate of Newton North High School and Stanford University, Ellison was a crypto trader who became a trusted lieutenant to Bankman-Fried, eventually becoming co-chief executive of his related trading operation, Alameda Research. Her co-chief executive was Sam Trabucco, a graduate of Roxbury Latin School and MIT, who stepped down from that position in August, leaving Ellison as the firm’s sole leader when the house of cards fell apart in November.

The complaint doesn’t mention what role Trabucco played in the alleged scheme, and he could not be reached for comment.

Authorities said that Ellison knew that Bankman-Fried improperly transferred FTX customer funds for Alameda to use in its trading operations. And at Bankman-Fried’s direction, authorities said, Ellison purchased FTX’s digital currency, known at the FTT token, to prop up its price, which masked the true finances of the companies.

Wang, an MIT graduate who was the chief technology officer of FTX, developed the software code that allowed Alameda to access funds from the crypto exchange, along with other engineers, authorities said. He was also a 10 percent owner of Alameda.

For a time, Bankman-Fried was one of the world’s wealthiest people on paper, with an estimated net worth of $32 billion. He donated millions of dollars toward mostly left-leaning political causes and Democratic political campaigns. FTX grew to become the second-largest cryptocurrency exchange in the world.

The pair’s guilty pleas come as anger grows among investors stunned by the sudden collapse of FXT. The firm used celebrity endorsements from Tampa Bay Buccaneers quarterback Tom Brady, and his former wife, supermodel Gisele Bundchen, along with Red Sox legend David Ortiz. The celebrities are being sued separately in a class-action lawsuit filed by investors who believe they are culpable for the failed business model.

Material from Globe wire services was used in this report.