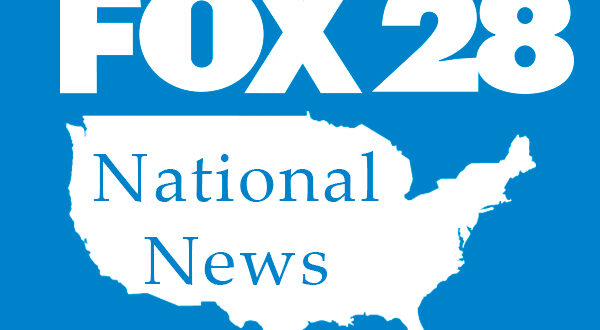 LONDON (AP) — Prince Harry alleges in a much-anticipated new memoir that his brother Prince William lashed out and physically attacked him during a furious argument over the brothers’ deteriorating relationship. The Guardian reported the claims on Thursday, saying it obtained an advance copy of the book. The memoir, titled “Spare,” is due to be published next week. It said Harry recounts a 2019 argument at his Kensington Palace home, in which he says William called Harry’s wife, the former actress Meghan Markle, “difficult,” “rude” and “abrasive.” Harry claims William grabbed his brother by the collar and ripped his necklace before knocking him down. Buckingham Palace has not commented on the claims.

LOS ANGELES (AP) — A family member says rapper Theophilus London has been found safe after disappearing for months. His cousin posted on Instagram Wednesday night that the 35-year-old London is “safe and well.” The statement didn’t say where he’d been or where he was found. The family filed a missing persons report with Los Angeles police last week and asked for the public’s help in finding him. The LAPD said London was last seen in October in the city’s Skid Row area. London was nominated for a Grammy in 2016 and frequently collaborated with Kanye West.

BOSTON (AP) — The mastermind of the nationwide college admissions bribery scheme that ensnared celebrities, prominent businesspeople and other parents has been sentenced to 3 1/2 years in prison. Rick Singer’s punishment is the longest sentence handed down in the sprawling scandal that exploded into newspapers headlines in 2019. Singer pleaded guilty nearly four years ago to paying off entrance exam administrators and coaches to get often undeserving students into elite schools with inflated test scores and bogus athletic credentials. He also helped authorities build the case against dozens of others by secretly recording phone calls and meetings with wealthy parents who paid huge sums to get their kids into the school of their choice.

Russian President Vladimir Putin has sent a frigate armed with the country’s latest hypersonic weapons on a trans-ocean cruise in a show of force as tensions with the West escalate over the war in Ukraine. The Admiral Gorshkov is the first ship in the new series of frigates which were designed to replace the aging Soviet-built destroyers as a key strike component of the Russian navy. It’s armed with the newly commissioned Zircon hypersonic missiles. Putin has declared that it is capable of flying nine times faster than the speed of sound and has a range of more than 1,000 kilometers (over 620 miles). He has emphasized that Zircon has the capability to penetrate any missile defenses.

NEW YORK (AP) — Prosecutors say a man accused of attacking police with a machete near New York’s Times Square on New Year’s Eve was intent on committing a jihad against government officials and shouted “Allahu akbar” before striking one officer in the head and attempting to grab another officer’s gun. Trevor Bickford, who was shot by police during the confrontation, was arraigned by video from a Manhattan hospital and ordered held without bail. He did not enter a plea.

MEXICO CITY (AP) — The violent prison break that killed 17 people _ mostly guards _ and resulted in the escape of 30 inmates has revealed a shocking level of self-rule by prisoners inside the troubled prison in the northern Mexico border city of Ciudad Juarez. Not only were criminals able to sneak guns, drugs and luxury goods into prison Number 3 _ they actually held the keys to some sections of the facility, located across the border from El Paso, Texas. The director of the prison was fired on Tuesday, and 191 inmates considered high-risk were transferred out of the intensely over-crowded prison.

Daughter of former US intelligence director guilty of murder

ROCKVILLE, Md. (AP) — The daughter of former U.S. intelligence director John Negroponte has been found guilty of fatally stabbing a 24-year-old man after a drunken argument inside a Maryland home. A Montgomery County jury on Tuesday convicted 29-year-old Sophia Negroponte of second-degree murder in the February 2020 death of Yousuf Rasmussen. She faces up to 40 years in prison at sentencing. Sophia Negroponte was one of five abandoned or orphaned Honduran children that John Negroponte and his wife adopted decades ago. Prosecutors said Sophia Negroponte and Rasmussen had been drinking on the night she fatally stabbed him with a kitchen knife. Her defense attorney said she was too drunk to have had the specific intent of killing Rasmussen.

SARAJEVO, Bosnia (AP) — The new year’s festivities are over in Bosnia, and visitors to the country’s winter resorts are packing to go home. Spring-like temperatures have left little or no snow on the mountains, and it’s unclear when the next visitors will arrive. The small Balkan country of 3.3 million is among several in Europe facing a ski season slump amid balmy climes in much of the continent as 2023 begins. Record-high daily temperatures for this time of year have been beaten — at times obliterated — in recent days at hundreds of weather stations, in at least 10 countries.

LONDON (AP) — British author Fay Weldon, known for her sharp wit and acerbic observations about women’s experiences in novels including “The Life And Loves Of A She-Devil”, has died. She was 91. Weldon was a playwright, screenwriter and a prolific novelist, producing 30 novels as well as short stories and plays written for television, radio and the stage. She was one of the writers on the popular 1970s drama series “Upstairs, Downstairs.” Much of Weldon’s fiction explored issues surrounding women’s relationships with men, children, parents and each other. Her 1978 novel, “Praxis,” was shortlisted for the prestigious Booker Prize for Fiction. Her family said she died peacefully Wednesday.

Coinbase to pay $100M in settlement with New York regulators

NEW YORK (AP) — New York has announced a $100 million settlement with Coinbase over what state officials called significant failures in the cryptocurrency trading platform’s systems for spotting potential criminal activity. According to the state Department of Financial Services, Coinbase’s anti-money-laundering program and its system for monitoring transactions for suspicious activity were inadequate for a company of Coinbase’s size and complexity. Under the terms of the settlement announced Wednesday, Coinbase will pay $50 million to New York state and will invest another $50 million in its compliance program. Coinbase chief legal officer Paul Grewal says the company has taken substantial measures to address the shortcomings identified by the New York investigation.