The crypto market has certainly seen its fair share of excitement over the years — cryptocurrencies have garnered a lot of attention due to their potential to disrupt traditional financial systems and their ability to provide a decentralized and secure way to transfer value. 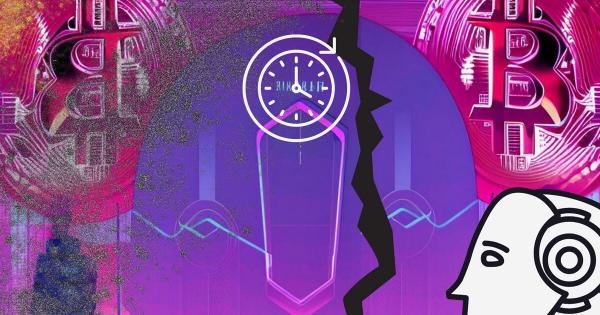 The following is a guest contribution from intergovernmental blockchain expert and investor Anndy Lian.

There have been many developments in the cryptocurrency space over the years, including the launch of new cryptocurrencies, the emergence of decentralized finance (DeFi) platforms, and the increasing mainstream adoption of cryptocurrency.

By now, you would agree that the cryptocurrency market is highly volatile and unpredictable, and prices are not uncommon to fluctuate significantly. Apart from that, many unfortunate events happened in 2022.

Recap of 10 major crypto events that happened in 2022:

$84 million leveraged a $40 billion financial empire when UST collapsed. The collapse started when UST de-pegging and the market’s extreme panic caused massive withdrawal. The collapse of one of the world’s largest public chains, Terra, fell with it, and it took only two daysThe beginning of the historical decline of cryptocurrency start right then.

“If LUNA fails, it will be the failure of cryptocurrency.” This was the headline we saw in the mainstream media during that period. The downfall process is familiar to many financial folks, similar to the Asian Financial Crisis in 1997 and Lehman Brothers in 2007.

This is still an ongoing series. Right after LUNA’s collapse, all eyes were on Three Arrows Capital (3AC). 3AC has borrowed from almost every major lender, from BlockFi, and Genesis to Celsius. The fall of 3AC can be traced to the collapse in May of UST.

They have told Wall Street Journal that it has invested $200m in LUNA. Three Arrows’ liquidators have recovered some assets belonging to creditors, including $35 million and several different cryptocurrency tokens, liquidator Russell Crumpler said in court.

A disaster with no survivors is how I described this incident. SBF and FTX have reached almost every corner of the industry in three years, and their demise almost uprooted the whole industry. It all began when SBF intervened to save some other cryptocurrency exchanges from impending doom due to rising interest rates.

He was completely unaware that his cryptocurrency exchange would suffer the same fate not long after. These transactions, which also implicated SBF’s trading company Alameda Research, caused the exchange to incur several losses.

Binance boss CZ called out SBF, users started withdrawing from the FTX, and the rest were history. At that point in time, the market found a liquidity gap of up to $8 billion in FTX. FTX filed for insolvency restructuring, and the plot flipped swiftly without allowing anyone a chance to breathe.

The collapse of FTX had an atomic bomb chain reaction, fusing a series of insolvency and FUD events. The former crypto giant was like a domino, and the entire crypto world was shrouded in panic. The failure of the cryptocurrency exchange FTX in November resulted in the lending arm of Genesis being compelled to halt redemptions. Since then, Genesis has been striving to raise money or negotiate a deal with creditors. BlockFi Files for Chapter 11 Protection, highlighting the need for crypto controls. Many other companies were affected.

Following an eight-year wait, at 14:43 on September 15, when the mainnet and beacon chains successfully merged, Ethereum signaled the end of Ethereum Proof of Work (PoW) and the full switch to Proof of Stake (PoS).”The Merge” is a crucial turning point for the Ethereum ecosystem. Ethereum’s vision continues, and there are more milestones to be achieved per their plans published on November 5.

At the end of February, the Russian-Ukrainian war started. This event was not directly related to cryptocurrency but more uncertainty to the global macro environment. However, things changed after Ukraine introduced cryptocurrency donations and released its donation address. Since the beginning of the Russian invasion, the Ukrainian government and an NGO supporting the military have received more than 120,000 crypto donations totaling $63.8 million.

This also contains a CryptoPunk NFT valued at over $200,000 and a $5.8 million gift from Polkadot creator Gavin Wood. Many questioned how this was executed, the airdrop plan, and the NFT sale. But I witnessed one of the most significant cryptocurrency use cases for donations.

Tornado Cash, an Ethereum mixing platform, has been placed on the SDN List by The Office of Foreign Assets Control of the US Department of the Treasury. The Treasury Department says Tornado Cash has been used to launder more than $7 billion since its inception in 2019.

This is the first time in history that a protocol was sanctioned. Tornado Cash suffered devastating damage, developers were arrested, codes were removed from GitHub, and the website domain name was blocked.

Move-to-earn is still a relatively new concept, but it is similar to the play-to-earn (P2E) model because it adopts elements of GameFi. They also solve some of the shortcomings of GameFi. STEPN is the pioneer in this.

The announcement of the release of Binance’s IEO on March 1 was an absolute turning point for STEPN. In a market that could not find a glimpse of light, STEPN’s GMT opened at Binance with 17x earnings and then rose from $0.1- to $4. It is no exaggeration to say that STEPN led the wave of Web3 in 2022.

Yuga Labs had a brilliant year. In March, the owners of the Bored Ape Yacht Club (BAYC) received an airdrop of ApeCoins tokens for every NFT they held. The airdrop received by one BAYC was initially worth about $140,000. Some “creative” members took the BAYC out of the borrowing or splitting pool, received the airdrop and returned it, and earned $1.1 million in one day.

Many NFT-related events popped out during the summer. This has also started a series of celebrity endorsements to large brands entering the web3 space. These are great summer moments; we all remember them.

Curve has a very critical mechanism — the liquidity provider (LP) can obtain the veCRV accordingly by locking the CRV. The veCRV are used to vote in governance, boost governance rewards, earn trading fees and receive airdrops. The longer CRV is locked, the more voting power holders have, and vice versa.

Many projects increased APY and organized new wars to win the war, allowing users who participated at that time to obtain good benefits. More and more protocols are building off of Curve, and an entire ecosystem is emerging, engaged in the so-called Curve Wars.

Here are 10 future trends and predictions for 2023:

The cryptocurrency space is constantly evolving, and we will likely see the development of new technologies and applications that could change how we think about and use cryptocurrency.

“Overall, the future of cryptocurrencies is uncertain, and it is difficult to predict precisely how they will evolve. I am sure it will continue to gain attention and adoption, but it is important for investors to carefully consider the risks and potential benefits before making any investment decisions. Let’s work harder for Crypto 2023!” – Anndy Lian