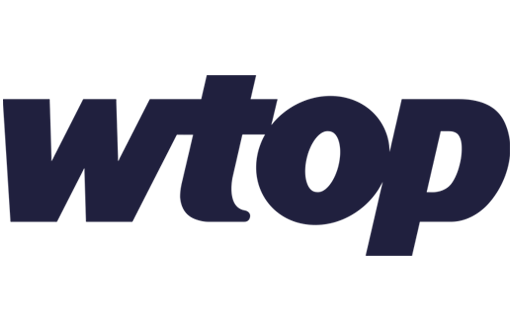 Cryptocurrency SafeMoon has more than tripled in price in the past month. SafeMoon is a relative crypto newcomer, created in March 2021. However, it immediately started making headlines upon launch with a huge run-up in April. SafeMoon was designed to encourage early investors not to sell. That design had produced a loyal group of early investors, but it has also opened the crypto up to criticism from skeptics. At this point, SafeMoon appears to be an extremely high-risk speculative investment. Here are three pros and three cons to buying SafeMoon if you’re considering betting on this crypto.

With more than 13,000 cryptocurrencies out there and new ones popping up on a weekly basis, the most valuable part of SafeMoon at this point is likely its branding. To stand out in the crowd, top-performing cryptocurrencies have generated cult-like social media followings and their brands have spread like wildfire online thanks to viral memes. Since its launch earlier this year, SafeMoon has regularly been trending on social media. Without a significant technological advantage over Bitcoin (BTC), Ethereum (ETH) or other top cryptos, the long-term success of SafeMoon may rely mostly on the strength of its brand.

Like other meme altcoins, one of the most dangerous things about investing in SafeMoon is its extreme volatility and lack of liquidity. For investors looking to get an adrenaline rush or a gambler’s high trading SafeMoon, the potential for the crypto to crash as hard as it has skyrocketed may be part of the thrill. However, the fact that SafeMoon charges fees to discourage selling and is not traded on leading crypto exchanges such as Coinbase Global Inc. (ticker: COIN) and Gemini makes the SafeMoon market far less liquid than other popular cryptocurrencies. So far, the only way to trade SafeMoon is by using Binance’s PancakeSwap decentralized exchange.

SafeMoon was designed to incentivize long-term investing and punish selling. Any investor who sells is charged a painful 10% fee. Half of that fee is added to a liquidity pool to support price stability. The other half is distributed to SafeMoon’s existing holders. In that sense, SafeMoon investors generate passive income every time another investor sells. During periods of weakness when selling pressure picks up, SafeMoon investors generate even more passive income as a reward for holding. Those fees may not offset the declines in SafeMoon’s price during those stretches, but they help compound returns if prices eventually recover.

No major vendors accept SafeMoon as a payment method, and it’s even difficult to trade it for fiat currencies or other cryptocurrencies given SafeMoon doesn’t trade on major centralized crypto exchanges. SafeMoon doesn’t have a technological advantage over other cryptos in transaction speed, security or other features. SafeMoon recently launched its own digital wallet on Apple Inc.’s (AAPL) iOS platform. Developers also have ambitious future plans, including a unique exchange, a SafeMoon app, a SafeMoon video game and the cryptic “Project Pheonix.” Unfortunately, until investors get more details on these goals, SafeMoon in its current state has little or no real-world utility.

Without technology to make it stand out in the growing crowd of altcoins, endorsements from high-profile online influencers is one of the best things SafeMoon has going for it. Barstool Sports founder Dave Portnoy announced a $40,000 investment in SafeMoon back in May. Unfortunately, Portnoy’s investment thesis was far from reassuring. “Why? I don’t know … why, it could be a Ponzi scheme,” Portnoy said at the time. “I like the word moon, because that’s where I want to go.” Social media celebrity Jake Paul also endorsed SafeMoon immediately after its launch back in March.

Even Bitcoin (BTC) has been accused by critics of being a Ponzi scheme, but the centralized ownership of SafeMoon has skeptics particularly concerned. SafeMoon’s CEO reportedly owns more than 50% of the coin’s liquidity. SafeMoon insiders are generating a tremendous amount of passive income. Some critics also see parallels between SafeMoon and Bitconnect, a notorious cryptocurrency that collapsed amid accusations of fraud. There’s no evidence that SafeMoon is an outright fraud, but analysts have warned that many popular altcoins appear designed largely to help developers and early investors get rich at the expense of later buyers.

Pros and cons of buying SafeMoon:

How to Stake Cardano

Should You Buy SafeMoon? 3 Pros, 3 Cons originally appeared on usnews.com