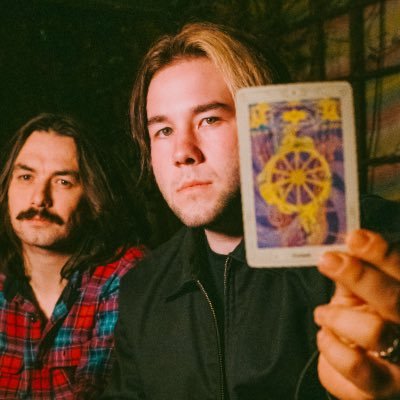 Cryptocurrency is a meme.

Currency has always been structured around fundamentals, whether it be precious metals, governmental powers or advantage in commerce. The reduction of major currencies to untethered fiat currencies has brought about a transformative reaction in the form of cryptocurrency.

While many declare the value of crypto lies in a set of complex technologies, in fact the value – like all value – is entirely memetic.

Chris Gabriel is the host of MemeAnalysis, a YouTube channel that parses the meanings of internet memes, trends and philosophies. He will speak on the Big Ideas stage at Consensus 2022 in Austin, Texas next week. Follow him on Twitter: @thegoddisk. Register for Consensus 2022 here.

“Meme” is a difficult word for many, because it has been inextricably linked with “internet jokes,” but memes are in fact units of cultural transmission, or as the writer William S. Burroughs put it, word and image viruses. Memes are reproduced endlessly through culture.

All currencies have been built on memetics, but crypto is now the closest to the source; it often does not pretend to have a material basis.

In essence, crypto rises and falls with belief, with vibe. While that has made crypto extremely volatile, with huge price surges and crashes, few have grasped the logic behind these shifts.

Dogecoin (DOGE) is the most vital “meme coin,” declaring no value other than its link to the popular meme of a Shina Ibu dog. Through the popularity of the meme, the memetic spread bolstered by celebrities, DOGE skyrocketed from a minuscule fraction of a cent for most of its history to a high of 74 cents during the pandemic. It’s down to pennies again. While Elon Musk’s seeming endorsement might have pumped the price for a time, association with the billionaire muddied the meme’s character, hurting its value over the long term.

While the meteoric rise of various cryptocurrencies has been attributed to a multitude of factors, the most essential is memetic virulence.

Those who can grasp the memetic nature of not only crypto, but all value, can gain immense power by reading these natural flows of meaning. To do this, one must build a symbolic understanding, as symbols are the radicles of meaning. The field of meme analysis posits memetics as an essentially psychoanalytic pursuit: to grasp the unconscious significance of images, symbols and phrases and to trace their libidinal flows.

Meme analysis offers a unique insight into memetics, avoiding popular political and economic modalities and aiming for unconscious meaning, stripped of superficial morals and biases. The irrational unconscious doesn’t trade in logics and manufactured systems, but solely in spontaneous energetics.

Economists have failed to make sense of these irrational processes, building their own esoteric methods while ignoring the archetypal patterns at play. J.P. Morgan (the tycoon, not the bank he founded) put it best: “Millionaires don’t use astrology, billionaires do.”

Just as the ancient Chinese believed that observing natural cosmic processes would illuminate human processes, Western occultists structured cosmic systems for understanding man. Though these are often derided as pseudosciences, that critique has been leveled at economics as well. In truth, both are grappling with fundamentally irrational processes that defy simple laws, making the esoteric a necessity.

Investors must be cognizant of this essential instability. Treating investment like a computer program works in a relatively stable market, but the volatility of crypto defies such shoehorning.

The French writer Georges Bataille declared, “tragedy is the impotence of reason,” perfectly illustrating the inherent inadequacy of rational analysis. A rational analysis of irrational processes is bound to fail.

NFTs, memes and the irrationality of markets

This is where psychoanalysis and occultism come into play. Both grapple with the irrational through the mechanisms of the irrational: symbols and language, which is to say memes. The formulation of a memetic approach to economics is a necessity, especially in regard to cryptocurrency, the most volatile market – and the most mimetic.

This approach is ideal for the creators and entrepreneurs in the crypto world as well. By leaving behind traditional approaches to fundamental problems, they enter a new, darkened world that must be illuminated with new light, not borrowed from the systems they are working to overcome. Cryptocurrency can be made less fragile through conducive and consistent memetic branding. Things like potent colors, symbols and motifs can make or break a burgeoning power.

The inconsistent adoption of crypto endeavors has been a notable aspect of this new field: Some projects explode in popularity while others never make their first step. This has been illustrated perfectly in the non-fungible token (NFT) market, where some low-quality projects can make millions, while others make nothing. Ironically, the ugliness of some popular NFTs is precisely what makes them memetic, while the beauty of others is entirely mundane.

A study of memetics is a study of virulence. What makes art popular? Why do businesses succeed? Rational answers to these questions are constantly offered. Their success is linked to established fundamentals. But sometimes meteoric popularity can’t be explained in rational terms. It can appear as if failure and success are totally random, or at best fated.

To understand the volatility of this world, we must see the world as the ancients did: a playground for immense inhuman energies that we understand as symbols and what can now be called memes.

Also in the ‘Big Ideas’ series:

Distributed autonomous organizations give humans a chance to build bigger, weirder things on radical timelines, just as the advent of the corporation paved the way to the Industrial Revolution.

In an era of misinformation, blockchain technology can renew our faith in evidential truth, not least during the current conflict in Ukraine, says Jonathan Dotan, the founding director of The Starling Lab.

Rhys Lindmark, a “Big Ideas” speaker at CoinDesk’s Consensus festival, on how the crypto generation could rewrite the rules of charitable giving.

More local money could lessen the incentive to “exit” the communities who need the resources, says Matt Prewitt, president of the RadicalxChange Foundation.

Quantified forecasting is an invaluable and yet underused tool, and prediction markets appear a vital tool for its adoption.

The Festival for the Decentralized World

Save a Seat Now